Want to know more about our talented team? Follow the link below.

Shepherd kicks surveying from the sidelines into touch with rugby sponsorship 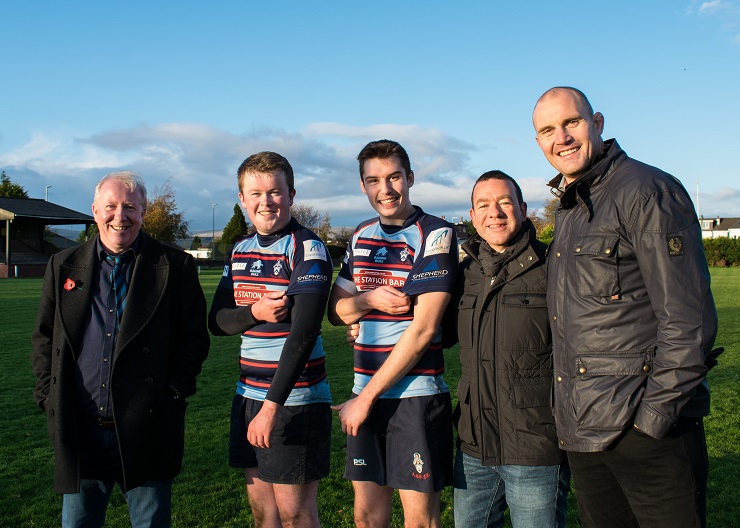 Shepherd Chartered Surveyors has kicked surveying from the sidelines firmly into touch by committing to sponsor Allan Glen’s RFC in support of two of its surveying staff who are members of the Bishopbriggs-based rugby union club.

Formerly connected with Allan Glen’s School, the rugby club continued after the school closed in 1989 and now runs a 1st and 2nd XV and various youth sides.

After the game, the victorious Shepherd contingent were joined by Al Kellock. The legendary  former Allan Glen’s, Scotland, Barbarians, Edinburgh and Glasgow Warriors player expressed his delight to see Shepherd support ‘grass roots’ rugby in the local community of Bishopbriggs.

Steve Barnett said: “I’m delighted that our sponsorship of Allan Glen’s RFC should kick off with a tremendous victory over their local rivals and congratulate Alasdair, Jack and the rest of the team on their efforts.

“And it was fantastic to receive the support of rugby legend Al Kellock, particularly as he started his playing career at Allan Glen’s and continues to regularly attend games at such a strong community club.”